I grew up on Dragon Ball Z. My younger brother and I would often spend hours glued to the TV, watching and rewatching the funimation dub, and while I have come to appreciate the Japanese original there will always be a special place in my heart for the English voice actors who brought those characters alive for younger me.

But recently, I became near-obsessed with Team Four Star’s parody abridged series of Dragon Ball Z. For those who don’t know, TFS’s DBZ Abridged is a ‘non-profit, fan-based parody’ of the Dragon Ball series from the Saiyan arc to the Cell arc, all re-dubbed and re-edited into a comedy. A comedy with, occasionally, deeply dramatic and heart-warming moments.

I LOVED this series. I loved what the parody actors did with the show’s themes, character arcs, and musical moments (seriously, Day of Fate was an incredible piece to accompany Gohan’s first SSJ2 transformation). I loved that Nail and Kami remained on the show as voiced in Piccolo’s subconscious so that we could hear their banter and enjoy their attempts to help Piccolo navigate the world around him. I loved the ‘Krillin Owned Count’, and the Tien and Vegeta’s hate boner. I loved so many things about this series that I felt the need to gush about it on my blog.

So, welcome to: Top 10 things I loved about TFS’s abridged series!

Despite being a phenomenal editor, KaiserNeko’s coup de gras was, in my opinion, his portrayal of Trunks. Trunks is introduced as a badass Super Saiyan, but even then there is a hint of inexperience in the voice. It sounds like he’s still working through the final stages of puberty (since Trunks is 17, this makes sense). This was probably a deliberate choice, because KaiserNeko’s other voice work lacks that hint of innocence and raw youth. There’s a lot of vulnerability in this version of Trunks (such as when he tells Cell to hurry up and kill him), a lot of humour (screaming when Bulma comes onto him), and a lot of seriousness as well (when he tries to stop Cell from absorbing 18). Trunks had a lot of emotional moments and KaiserNeko didn’t pull punches with a single one – his first transformation into SSJ gave me chills and his brief death scene in the final instalment of ep 60 was painful even if it was over quickly.

I’m saying it: Goku is not a good father. He’s just not. In the dubs, the subs, or any variation thereof. I think Akira Toriyama said in an interview that Goku doesn’t really see his family as family – he sees them as companions. He seems to specialise in grand gestures (saving Gohan’s life, ensuring that he can defeat Cell, etc) but the more mundane day-to-day parenting is simply not in his wheelhouse. In TFS’s series, the characters are more openly critical of Goku’s parenting, with Piccolo’s position as Gohan’s surrogate father openly and repeatedly commented on instead. ChiChi’s mothering style is explained clearly and with definite sympathy towards her motivations, which I loved.

In the original series, Mr Popo is a sweet, kind, and empathetic character. In TFS’s series, he’s a no-nonsense psychopath who delights in terrifying people, destroyed Garlic Jr like he was nothing, and will probably destroy the world one day. That was pretty rad.

Some people commented that the series lagged in the jokes during the Saiyan arc, and that it wasn’t until the crew got to Namek that the jokes started to get stronger. I’d argue that this is because a lot of the jokes they made were either in-jokes based on the original series or running jokes which are only funny in context. The ‘I need an adult’ gag is pretty fun as is Gohan’s inability to dodge; Krillin’s quacking in the face of danger is common enough that all the bad guys think he’s a duck; ‘My name is Dende’ gets paid off when Dende returns to make dragon balls in the Cell arc; it’s all built up through the overall narrative.

Running jokes aside, the series does a lot of really important introspective work that makes it richer. Gohan’s final speech to Goku is a perfect example of that. He is understandably furious when Goku tries to back-seat-fight after throwing Gohan to the metaphorical wolves:

Gohan: But what? You’re gonna give me advice now? Let me guess… I should let him go so he can be an even better fight later! Or maybe I should let him power up to 100% so I can teach him humility! Wait! I know… I should throw him a god damn Senzu Bean and let you fight him!

Not gonna lie, when I first heard Ganxingba’s version of Tien, I googled ‘can you fall in love with a voice?’ I think the sardonic edge that Ganxingba gave to Tien, the hint of humour that he seems to be taking in a lot of things around him, and the sudden bursts of emotion (usually when he’s talking about Chiaotzu) are gold. Not to mention how he performed Tien’s near-suicidal Kikoho blasts against Cell. I particularly adored Tien in his series because of his interactions with Vegeta. Their mutual hate-boner was a delight to watch because, as Tien explains: ‘At this point, it’s a game. If he gives in, I win. And he knows that.’ So there’s no danger like there is in Vegeta/Krillin, Vegeta/Gohan, Vegeta/Yamcha interactions. 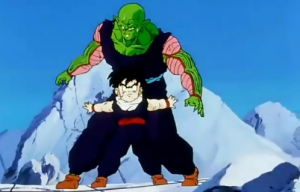 When we meet Piccolo, he’s in a desolate wasteland complaining about feeling lonely. He checks Myspace: no new messages. Though Tom is still his friend so there’s that. As the abridged series goes on, Piccolo quickly acquires more companions – notably Nail and Kami, who fuse into his being and provide comic banter for the rest of the series. Regardless of how annoyed he appears to be when Nail or Kami try to talk to him when he’s fighting,  he always answers their questions and responds to their comments. Unlike in the official dubs and subs, we get a direct insight into Piccolo’s thought process. Through that, we hear how he feels about Namek (it’s boring), how he reacts to Gohan’s request for a gi like his (his heart skips a beat), and how he yearns for a home so that he doesn’t have to keep living in wastelands. A very sweet take on a very complex character.

Plus, let’s be real: the relationship between him and Gohan is an absolute delight.

4: Cutting out the annoying filler

There was NO NEED for the zombie episode or Garlic Jr’s nonsense. Hell, half the episodes in the dub and sub are just characters talking about fighting, cameras shifting, and powering up attacks. The abridged series does just what abridged series do: it cuts out what isn’t necessary and gets to the core of what the narrative is supposed to be. There’s no fucking around. 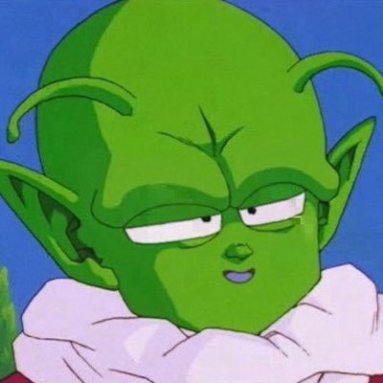 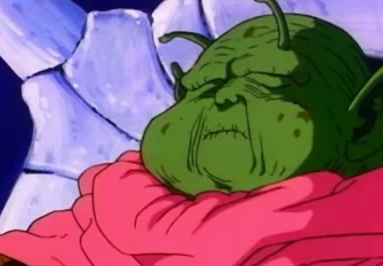 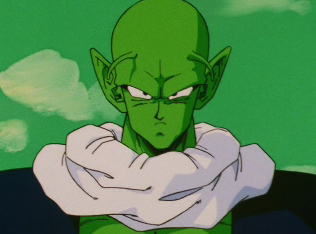 The androids were pretty great in this series and I have a special place in my heart for 17 (and I’m not just saying that because Ganxingba voiced him!). 17 has this undertone of sardonic humour almost constantly – even when he was being absorbed by Cell, he spent the whole time complaining that he was too cool to die that way. Some

times, when I’m watching the original series, I forget how young the androids are. But in this interpretation, it’s pretty clear from the way 17 is played that he’s still a teen. Check out the conversation he has with 16 while the latter is fighting with Imperfect Cell and the conversation with Piccolo during their fight to see what I mean.

1: The fact that they kept most of the original storyline

I am convinced that if someone were to watch the DBZ abridged series, they would have a pretty good idea of what actually happened in the original. Sometimes, parody series go way off of the original storyline, or the characters are so completely different from who they were in the original as to be unrecognisable. Team Four Star does lampoon a few characters – like Dende, Krillin and Mr Popo – but overall I think the series is quite strong in terms of remaining true to the narrative. That’s pretty admirable.

Thank god for the Abridged Movies for giving us concepts like Princess Trunks, Saiyans getting kicked in the dick, and saving Christmas