The Lizzie Bennet Diaries is a social media adaptation of Jane Austen’s Pride and Prejudice. It reimagines the romance between Darcy and Lizzie in 2012 America; Lizzie is a small-time vlogger studying mass communications at university, while Darcy is a newsboy cap-wearing hipster who owns a digital media company.

Austen’s story has been adapted so many times that the narrative – and the various plot twists that come with it – have saturated the cultural consciousness. It is appropriate to assume that a viewer coming to a Pride and Prejudice adaptation will know that the main character, Elizabeth, is not the most reliable of narrators. She’s quick to judgement, believes in her first impressions, and makes a lot of mistakes. Her unreliability as a narrator was too well-established for me to trust the 2012 version of Lizzie when she railed against the ‘stuck up, pompous prick’ she met over the weekend.

Instead, the unreliability of Lizzie’s character is focused on Lydia Bennet. Lydia was one of the characters that Lizzie was actually right about in the original book, but the 2012 adaptation drastically reimagined Lydia’s narrative arc. Not only was Lizzie’s perception of Lydia unreliable, but – as a viewer who has seen the majority of Pride and Prejudice adaptations – my own perceptions of Lydia turned out to be unreliable as well.

Let’s start with the way that Lydia was introduced. It’s in the very first episode, as Lizzie is still explaining the premise of the series. She barges into Lizzie’s room to tell her all about how their mother discovered a rich, eligible bachelor within a five mile radius. She calls it a jackpot and demands a high-five.

Pretty much what I expected from a modernised Lydia; a boy-crazy, slang-slinging child. Embarrassing, but ultimately well-meaning. The fact that she’s twenty years old in this adaptation – instead of the original, baby-faced fifteen – just made the character slightly more cringy, because she ought to have been old enough to know better.

(Remember, I was twenty-two when this adaptation came out – around the same age as the Bennet sisters. I was much more judgemental back then, and more likely to identify with the eye-rolling Lizzie than the larger-than-life Lydia)

As the story progressed, my prejudices were confirmed. Lydia got kicked out of a bar for going to third base with a guy she’d just met – whose name she didn’t know; she belittled Lizzie for being single, framing it more as a result of Lizzie’s various character flaws than a matter of circumstance or choice; she flirts with George Wickham in Lizzie’s bedroom, even though George and Lizzie were ostensibly dating at that point.

All the while, Lizzie made comments and judgements that conformed to what I was observing. She commented that Lydia’s behaviour – especially her cavalier attitude to getting black-out drunk around strange men – is dangerous. When one of the viewers commented that Lizzie’s comments were a tad slut-shamey (they were) Lizzie responded that she sees nothing wrong with women enjoying safe, casual sex, but that she worries that Lydia is not responsible enough to be safe.

She called Lydia a ‘stupid, whorey-slut’ and a ‘puppy’ in the same video. And I agreed with her assessment, because that’s what I’d come to expect from adaptations of Lydia’s character.

The Lizzie Bennet Diaries’ biggest departure from the original book was making the side characters point-of-view characters. That is, each side character was given a Twitter account to comment on the events of the story – even Darcy, who really should have been too much of a hipster to sully himself with mainstream platforms, had a Twitter account where he subtweeted Lizzie like it was an Olympic sport.

Lydia didn’t just have a Twitter account. She also had her own vlogs; whenever Lizzie was away from her family (when she visits Netherfield, Charlotte, and Pemberley), Lydia took up her camera and told the viewers what she up to. This is a significant change because, for the first time, Lydia was able to control her own narrative. 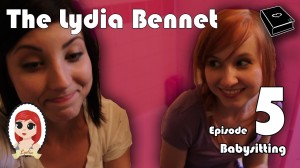 Interesting motivations, but it wasn’t enough to make me sympathise.

That is, until George Wickham joined her vlogs. Instead of a trip to Merryton, 2012’s Lydia went to Vegas for New Years.

The Lizzie Bennet Diaries had a lot of interesting moments of dramatic irony, where the viewers knew what would happen before the characters did, thanks to the fact that they’d read the original book.

Her Twitter followers tried to warn her against it. They knew that something bad was likely to happen to Lydia in Vegas, and that it would involve George Wickham, but they didn’t know what. There was so much speculation: what was the 2012 equivalent of an elopement? What was scandalous and dangerous enough to be a reasonable equivalent of living with a man before marriage in the 1800s? What was potentially life- and reputation-ruining to a woman in 2012?

Lydia addressed her fans’ fears in her vlog after she returned from Vegas: “No babies, or weddings, or overdoses, or any other mess you guys seemed so sure I was gonna get into. I can take care of myself, ok?”

After that, Wickham joined the vlogs as Lydia’s new boyfriend. Their relationship was very hard to watch, and it was not at all what I was expecting.

Because this was no longer a naïve party girl having fun and damning the consequences. This was a naïve party girl who was dating a man who manipulated and gaslighted her, who convinced her that her family would not support her or their relationship, who made vague threats when he thought that she might tell her sisters about him.

Eventually, Lydia’s downfall came in the form of a sextape that George pressured her into making, which he then sold to a third party. 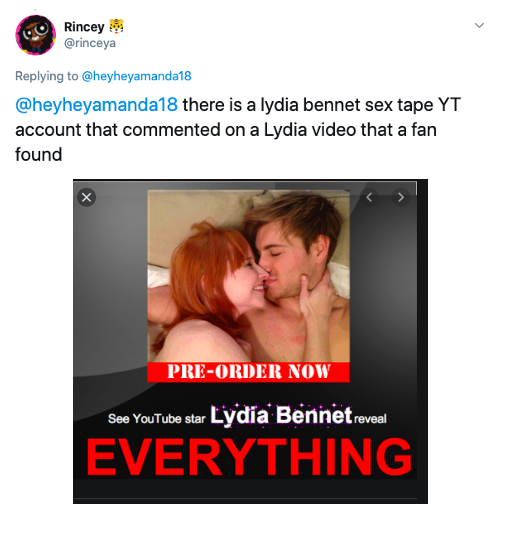 I went into the Lizzie Bennet Diaries thinking that Lydia would be the same irksome little girl from the original.

Instead, she was a young woman being abused on camera. Instead of impatiently waiting for Lydia’s naïvete and thoughtlessness to trigger the final conflict of the story – the thing that would prompt Darcy’s heroism and Lizzie’s final change of heart – I was watching in horror as a young woman was abused in the most textbook way.

I couldn’t even call Lydia ‘naïve’ anymore; abuse is never a reflection on the victim. Her abuser seemed to know exactly what he was doing, and he’d done it in such a way as, when people started screaming on Twitter for Lydia to realise what was happening, she defended her abuser.

Lizzie, who had not been watching Lydia’s vlogs, fully believed that Lydia had consented to the tape being released. When she found out about it, she rushed home to confront her sister only to be the one to deliver the news that Lydia had been betrayed. After Lizzie finally watched Lydia’s vlogs and saw the version of Lydia unfettered by Lizzie’s prejudices, Lizzie’s next video showed her openly weeping. 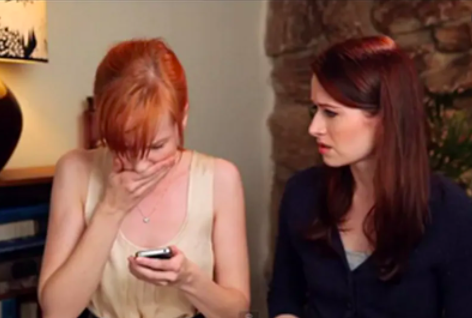 It’s like my sister is a person I’ve never met… Sometimes I feel so clever and rational and appropriately analytical about the world around me. I’m a grad student! It’s what I do, what I’m supposed to be skilled at doing. Communicating and relating and acknowledging that people do not fit into neat little boxes all wrapped and tied up in string. But here we are.

The worst part was seeing Lydia blame herself. In the original, Lydia was thoughtless and cheerful until the end. In 2012, she was heartbroken and reeling, but ultimately self-implicating: “I went after your ex. I said terrible things about you… Everyone who watches these knows how I felt. That he never made me do anything, so just tell me that I didn’t get what I had coming, Lizzie.” How utterly heartbreaking.

In the end, Lydia was saved. Darcy bought the company that owned the rights to George’s tape.

But the ultimate catharsis in the story came when Lizzie held Lydia while they both cried. Lizzie’s unreliability as a narrator was confirmed not by the fact that Darcy turned out to be a good man, but by her willingness to re-examine and repair her relationship with her sister.

In the Lizzie Bennet Diaries, Lizzie’s prejudice against Lydia reintroduced the narrator’s unreliability that had been diluted after so many retellings. It also made the viewers – myself included – complicit in that unreliability. Lizzie’s reactions to Lydia served to draw the viewer into the expectations that they had likely held over from the original book, and that in turn made the adaptation more surprising than any other I’d watched. 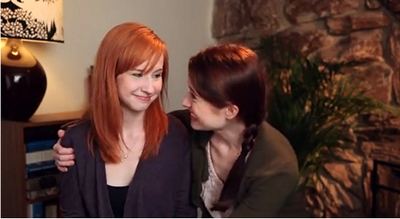 PS – I love writing and I love eating! If you want to help with the latter (and ONLY if you want) you can maybe buy me a coffee? 🙂